Here's a quick look at my TTM retunrns for the week ending September 12, 2015: 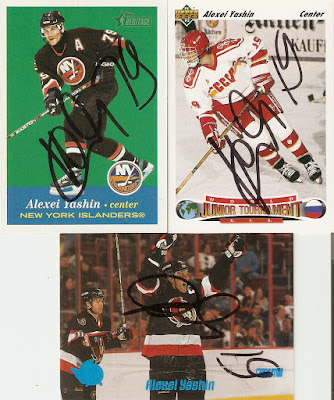 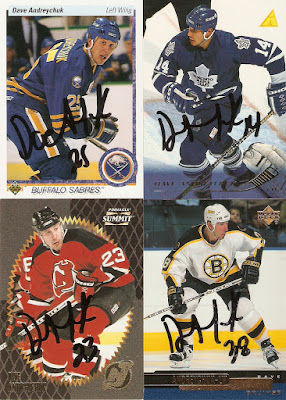 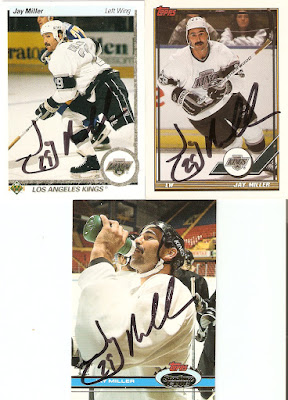 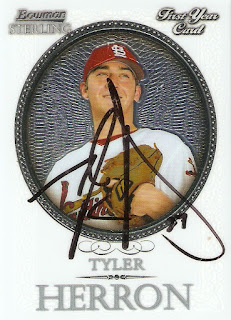 Posted by Matt Pederson at 9:38 AM No comments:

This one came into my hands through a private signing I connected with through sportscollectors.net. Now, I'm not sure if it was an actual "private signing," or if someone was just taking items to a show, but either way, I was THRILLED to have the opportunity to add to my collection this autographed 8x10 of former Chicago Cubs outfielder Rick Monday. 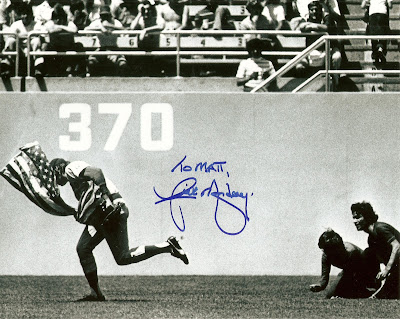 Monday had an 18-year career in the Majors and has the distinction of being the very first draft pick in the history of Major League Baseball when the Kansas City Athletics selected him first overall in the inaugural 1965 First-Year Player Draft. Despite all that, Monday is most famous for the incident depicted in this photo.

As the story goes, on April 25, 1976, two protesters (a father and his 11-year-old son), ran out on the field during a Cubs/Dodgers game in Los Angeles, and attempted to set fire to an American flag. Monday, who was playing nearby in the outfield ran over and grabbed the flag before it could be lit, and brought it over to the Dodgers dugout. The ballpark police officers arrested the two protesters and escorted them off the field. The father of the boy was fined, charged with trespassing, and put on probation. When Monday came up to bat in the next inning, he received a standing ovation from the crowd, and the message board behind the left-field bleachers gave him the message, "RICK MONDAY...YOU MADE A GREAT PLAY."

The flag was given back to Monday just a week later, on May 4, 1976, by an executive of the Dodgers during a pre-game ceremony at Wrigley Field on "Rick Monday Day." On August 25, 2008, he was presented with an American flag flown over Valley Forge in honor of his rescue.Monday still has the flag he rescued back in 1976, and despite being offered up to $1 million fot it, he has declined all offers.
Posted by Matt Pederson at 8:02 AM No comments:

Last March, I made a pretty good purchase from Total Sports Enterprises, which netted me autographed pucks, photos, and even a jersey, of various Pittsburgh Penguins players. I hadn't seen them post any more items on Ebay for a while, until all of the sudden, there were more, with some pretty low prices. It seems like what they were doing was simply clearing out their inventory of players who are no longer with the Penguins. It works out for me, because as long as they are wearing the black and gold, I'm perfectly happy picking it up at a good price.

Considering most of these items were in the $2-$10 range, I think I did pretty well coming away with these for about $35+shipping: 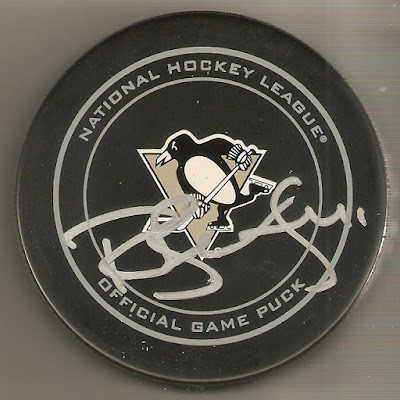 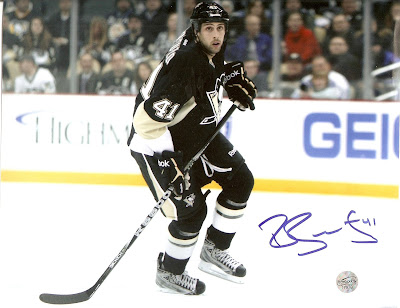 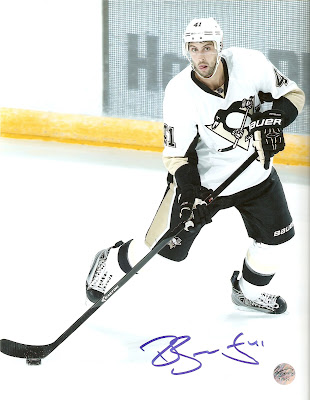 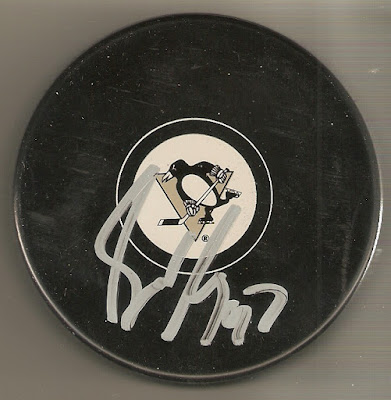 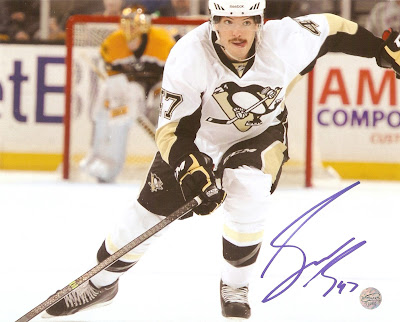 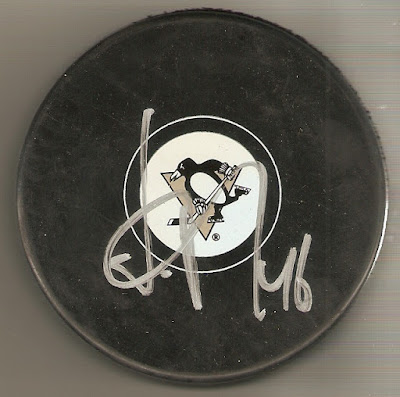 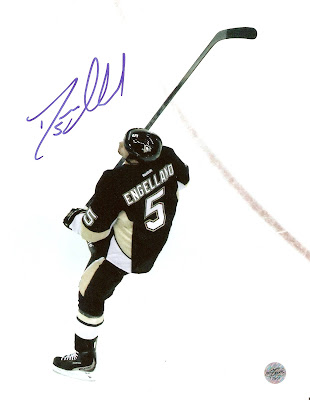 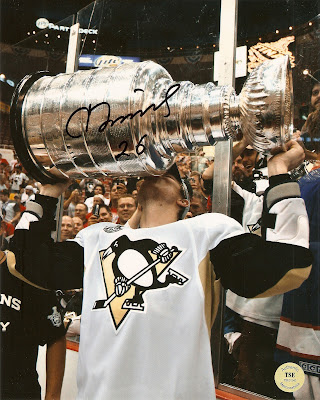 Posted by Matt Pederson at 9:07 PM No comments:

Here's a quick look at my TTM returns for the week ending September 5, 2015: 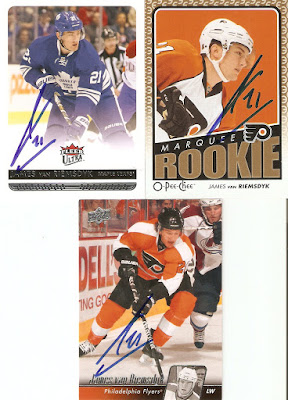 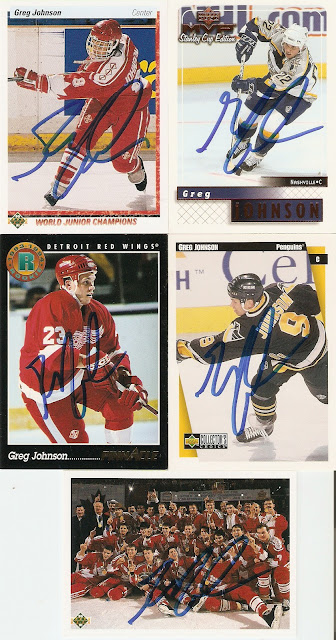 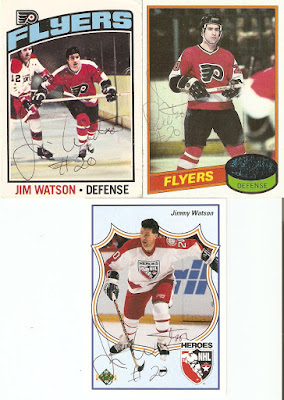 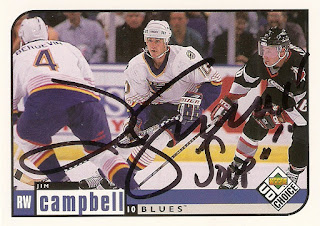 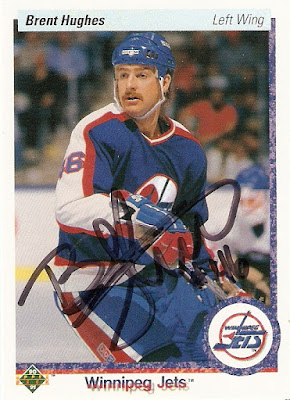 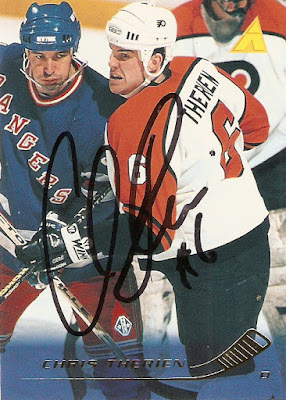 Posted by Matt Pederson at 10:13 AM No comments:

I had a slow mail week this week, so here's a (very) quick look at the one TTM received this week, from Bruce Driver. The cards were sent to his home in New Jersey, and I received them back in 22 days. 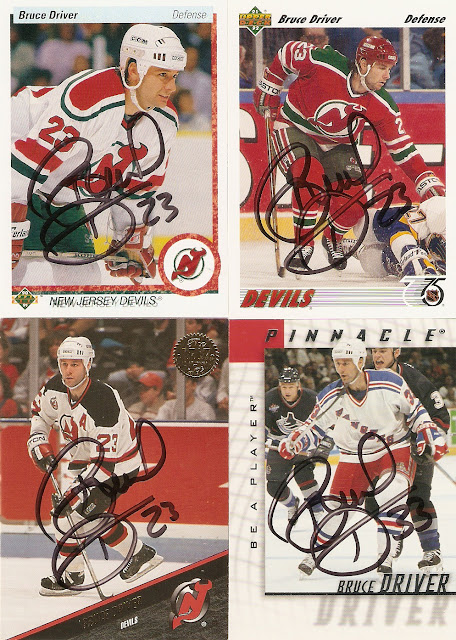 Posted by Matt Pederson at 12:07 AM No comments: