I live in Minnesota, and was very excited when I found out that the "State of Hockey" would be getting a Stadium Series outdoor game in 2016. I was pumped up and ready to go, and when the tickets went on sale, well, it was a bit out of the price range.

I did, however, find out of a different way to participate in Stadium Series-related activities, when FanHQ announced that they would be hosting an autograph signing with Minnesota North Stars Alumni and Hockey Hall-of-Famers Mike Modano and Dino Ciccarelli. Even though I live in Minnesota, it is still almost a 4-hour drive to Minneapolis, so if I am going, there definitely has to be a player worthy enough for the trip.

Modano definitely fit that bill for me, and it was even an easy task to convince my wife to come along, too, as she, growing up in Texas, began watching hockey when the Dallas Stars were on their Stanley Cup run in 1999. Both Modano and Ciccarelli were super friendly an appreciative to the fans who showed up, and it was a well-run event overall. I got a few autographs, and was able to get a picture with both players. 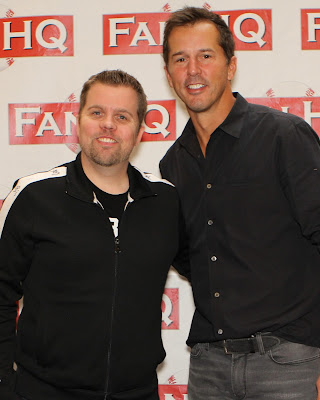 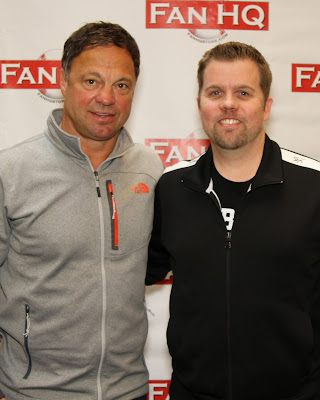 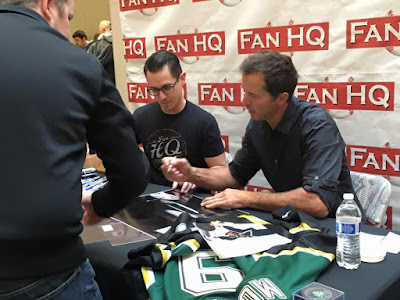 This last photo was taken from FanHQ's Facebook page and is of Modano signing a few of my items.

Anyway, here's what I got signed: 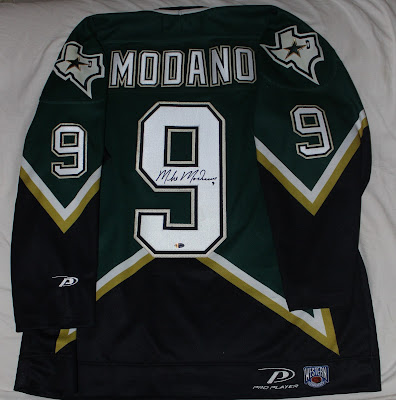 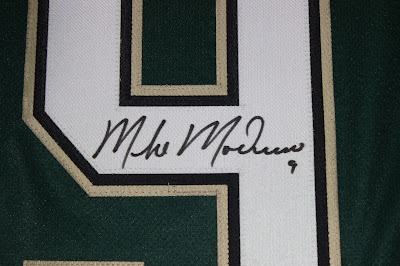 Mike Modano Jersey Number Retirement 16x20
(I couldn't scan this, and had to take a photo using my camera, but trust me, this doesn't do the actual item any justice. At the risk of going over the top with my bragging, this is a BEAUTIFUL looking piece in person.) 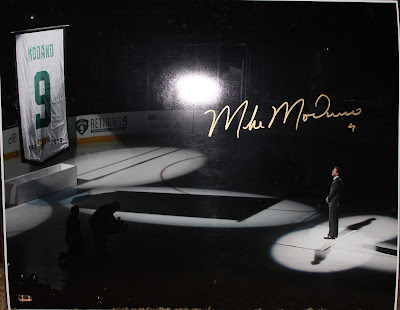 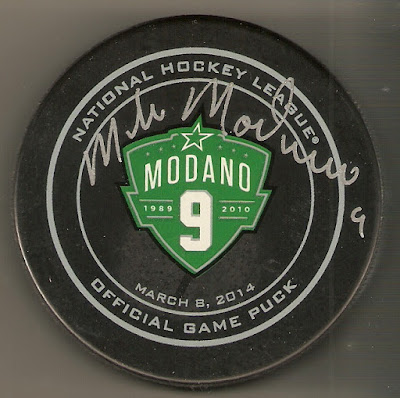 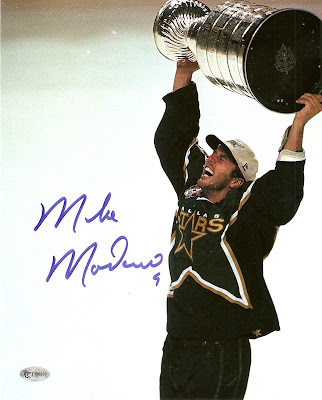 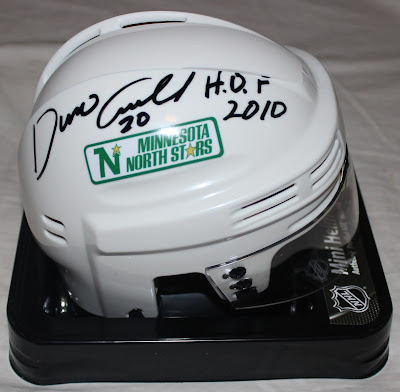 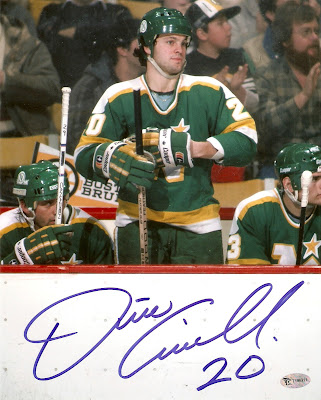 That's it for this event. I had a great time there, and got to meet some great players. I'm not able to make most of FanHQ's signings, but they are able to bring in some amazing guests every now and then that really make it worth all the effort to get there.
Posted by Matt Pederson at 5:43 PM No comments: 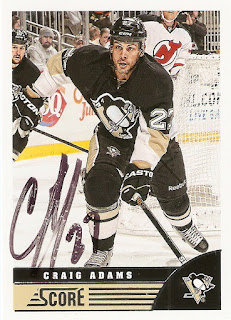 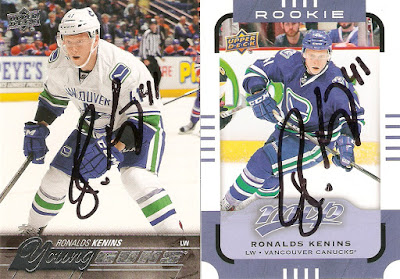 Posted by Matt Pederson at 10:58 AM No comments:

Here is a quick look at my TTM returns for the week ending February 20, 2016 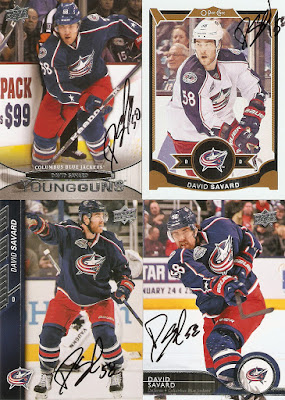 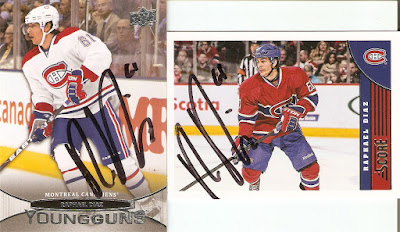 Posted by Matt Pederson at 8:37 AM No comments: 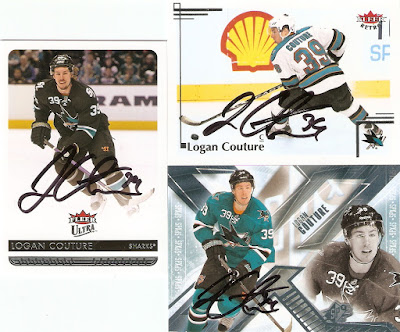 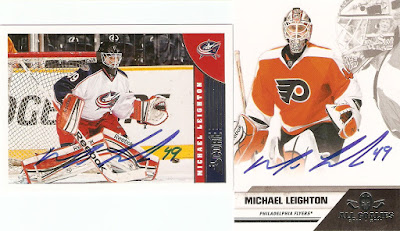 Posted by Matt Pederson at 7:45 PM No comments:

Here's a quick look at my TTM returns for the week ending February 6, 2016: 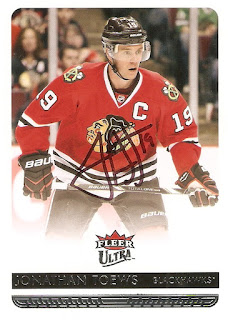 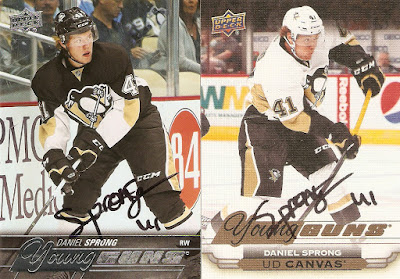 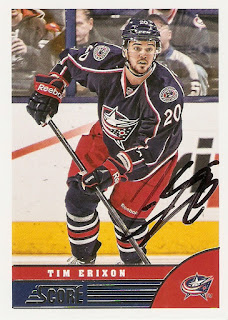 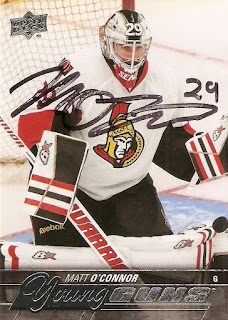 Along with the Ryan Johansen Items purchased from AJ's Sports World, I also found an item that I HAD to add to my Pittsburgh Penguins collections. Also in the "clearance bin" was a puck autographed by former Penguin Max Talbot. 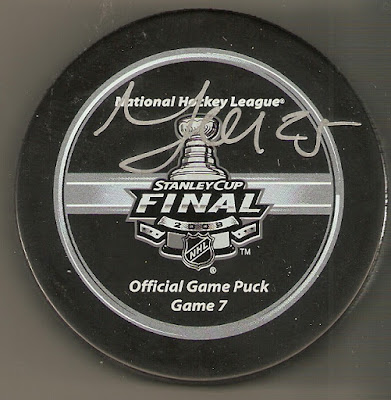 While I usually prefer my pucks to be the Official Game Puck signed on the team logo side, this was one case where I was happy to make an exception. For those who don't know, when the Penguins last won the Stanley Cup in 2009, it wasn't Sidney Crosby or eventual Conn Smythe winner Evgeni Malkin who would come up clutch in Game 7, but Talbot who would become the hero. He may have scored just 12 goals the entire 2008-09 season, but he scored both of Pittsburgh's goals in the 2-1 Game 7 victory. He has bounced around between three other teams in the years since then, but he will always be remembered by Penguins fans as the man who won them the Cup.

Needless to say, this was definitely the perfect puck to have a signature of his on.
Posted by Matt Pederson at 4:42 PM No comments:

So, a month or so ago, the hockey world was buzzing with the first blockbuster trade of the season, a 1-for-1 deal that had the Nashville Predators trading defenseman Seth Jones to the Columbus Blue Jackets for center Ryan Johansen. AJ's Sports World, who has done autograph signings with Johansen in the past, was unloading their autographed Blue Jackets items of his at some incredibly low prices, and for just over $10 a piece, I grabbed myself an 8x10 and a puck. 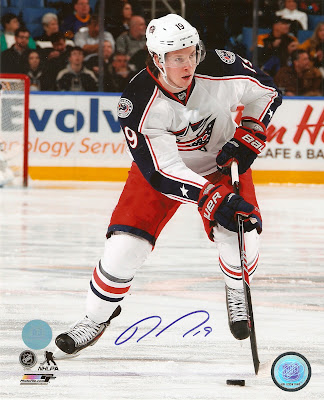 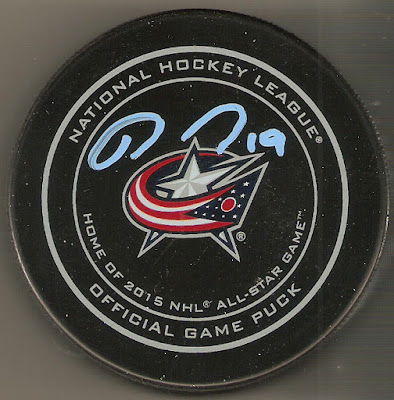 Of course, Johansen is known as having one of the worst signatures in the league, but I knew this going in. It's still a couple of great items of a really good player. Granted, I never would have paid full price for these, but at the prices that were offered, I figured, why not?
Posted by Matt Pederson at 1:10 PM No comments: