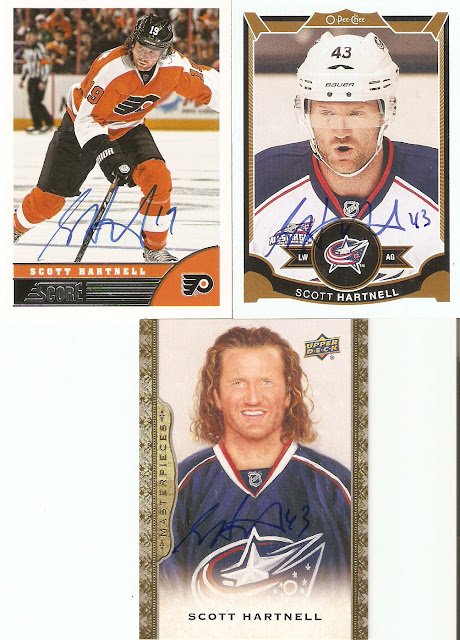 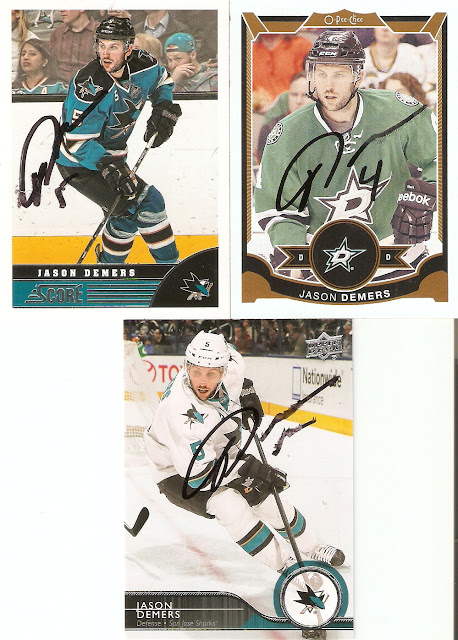 Posted by Matt Pederson at 9:12 AM No comments: 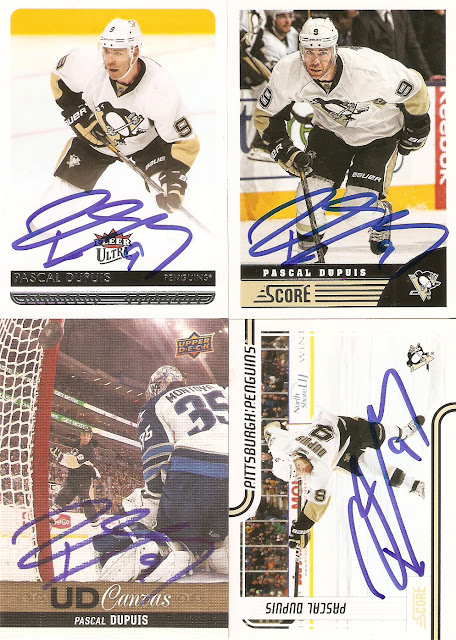 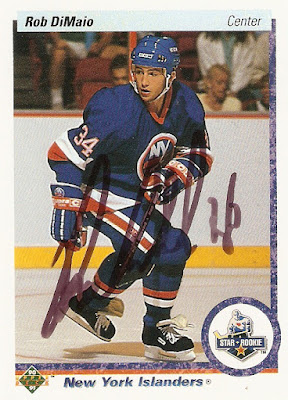 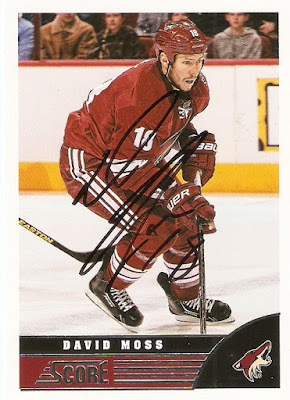 Posted by Matt Pederson at 12:35 PM No comments:

Here is a quick look at my only TTM return for the week ending October 15, 2016, Doug Sisk 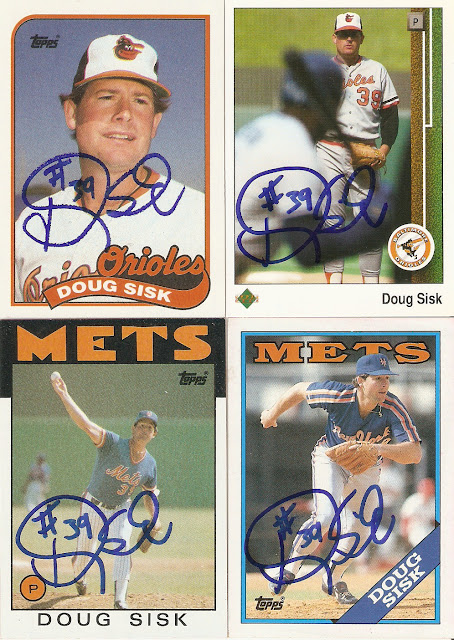 Posted by Matt Pederson at 9:42 PM No comments:

Autographs from the 2016 Fargo-Moorhead Redhawks

With baseball season coming to a close, it's time to take a look at the autographs I was able to obtain this year at my local AAPB team, the Fargo-Moorhead Redwawks.

The Redhawks were knocked out of playoff contention in the final series of the regular season, with a 52-48 record. They did have some individual standouts, though, with third-baseman Josh Mazzola leading the league in RBIs (78) and 3rd in home runs (20), and pitcher Tyler Alexander leading the league in strikeouts (156) and wins (12, tied with 2 others). Alexander's 156 Ks for the year is even more impressive, considering that the second-place pitcher struck out just 125.

Getting autographs from players on the team is actually pretty easy, since the Redhawks' weekly Wednesday promotion is Autograph Night, where players stay after the game and sign for the fans along the third-base fence.  It is a great opportunity, and for the third year in a row, I wanted to get a ball signed by the whole team. The difference this year, is that I didn't have to buy one of the cheap souvenir balls, as I found a relatively clean game-used ball in the Team Shop. I must say, it looks a whole lot better, even without the Redhawks logo. 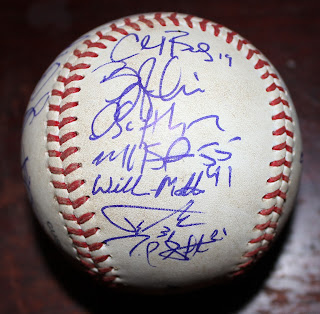 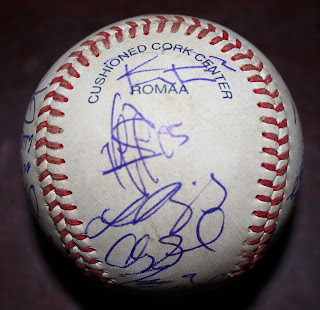 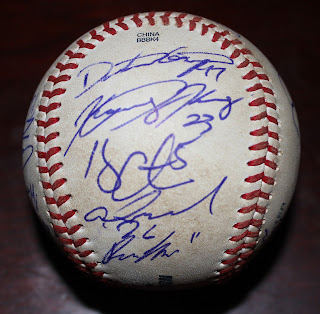 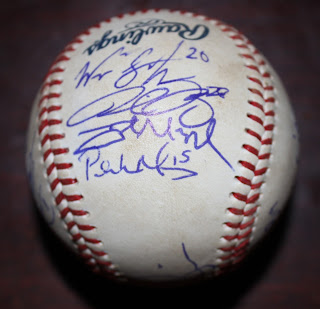 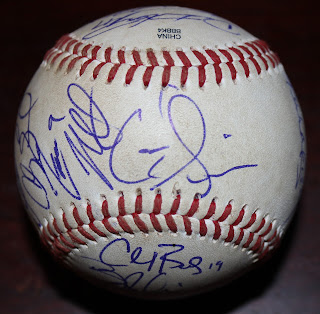 Even though this is an independent league team, a few of the players, at one time, had a contract with a major league club, and as a result, had a few cards issued of them, so of course, I had to get my hands on a few of them to get signed.

Minor League baseball is always fun to watch, because not only are you able to get that much closer to the action, but it is very fan-friendly. It's always great to be able to get this close to the players, no matter what level they are playing at.
Posted by Matt Pederson at 9:39 PM No comments:

I got just one TTM return this week, but it was a pretty good one, from Ottawa Senators goaltender Craig Anderson. He signed all five cards in silver, which looks amazing on the SPX cards. 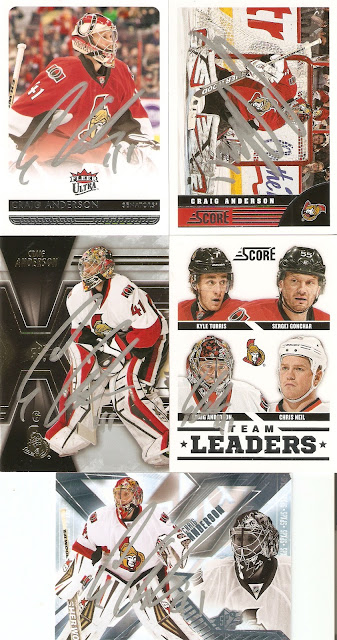 Posted by Matt Pederson at 11:07 AM No comments:

Being a fan of the University of North Dakota hockey team, it's always great to see a former Fighing Sioux Hawks player make it to the NHL. It's also great when I get the chance to get an autograph of one of those players, like Drake Caggiula, who signed this Edmonton Oilers puck. I obtained this through a connection on www.sportscollectors.net. A user there was heading to the 2016 Young Stars Classic, and I had him get me a Caggiula puck. 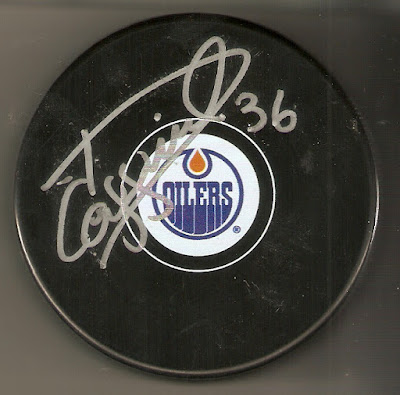 Caggiula signed with the Oilers this offseason, after finishing off a stellar season with North Dakota. He was an alternate captain for the team last year, and scored 25 goals and 26 assists on the way to a National Championship. Caggiula is having a great training camp so far, and has a decent chance of starting off the regular season on the main roster. Only time will tell, but he certainly has the talent to make a big impact at the NHL level.
Posted by Matt Pederson at 6:14 AM No comments:

With the new hockey season starting soon, I hope to really be picking up the TTM sending soon, but for now, here's the one return I got back last week, from Marty McInnis 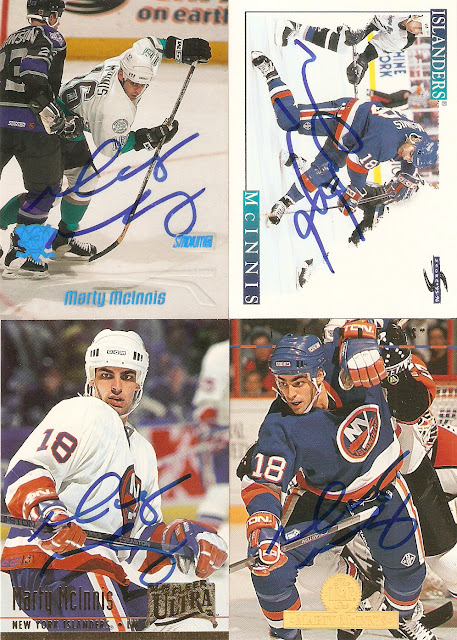 Posted by Matt Pederson at 8:48 AM No comments:

Hockey season is now upon us!

I know there's still about a week and a half before we get some NHL action, but the USHL is in full gear, and my local team, the Fargo Force, had their season opener last night. I was off of work, so of course, I had to go, and brought my wife and older two daughters along for the game. We had a great time, even though the Force lost 2-0. It was actually a very competitive game, despite the shutout, and the Force look like there's some great potential in their lineup.

After each game, the featured player in their "Player Spotlight," makes his way to the main concourse, and signs autographs for any fans who were interested, after he signs and presents a jersey with his name and number to the winner of a silent auction for the particular item. I had him sign a puck and the cover of Friday night's game preview booklet. 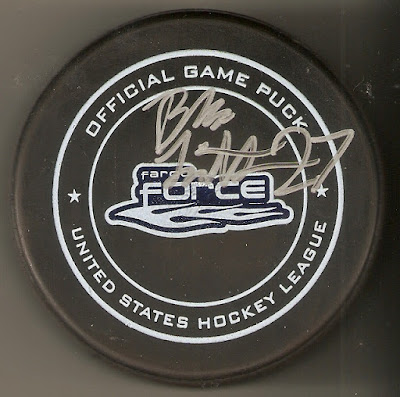 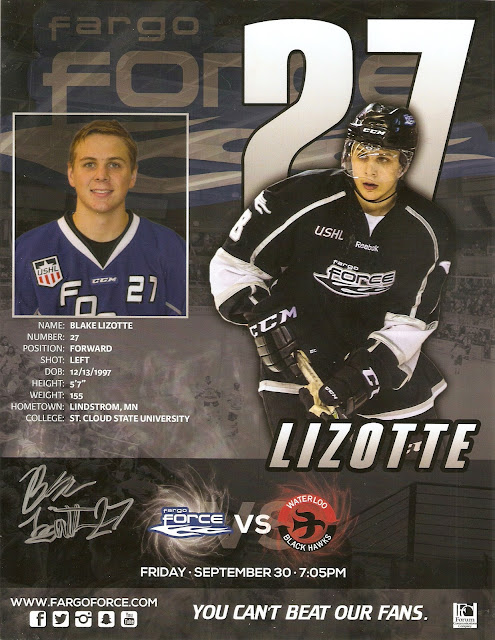 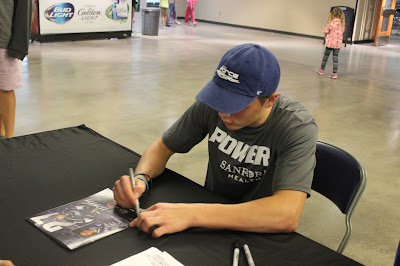 My wife asked me if I wanted a picture with him, and then asked my daughters the same question. Neither
of them did, but my oldest, who turns 8 in December wanted to take the picture of my wife and I with him. I was impressed with her picture-taking abilities and think she did a great job. 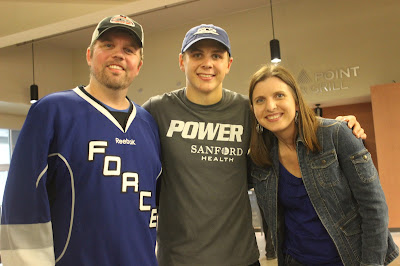 Here's a few other pictures from the game: 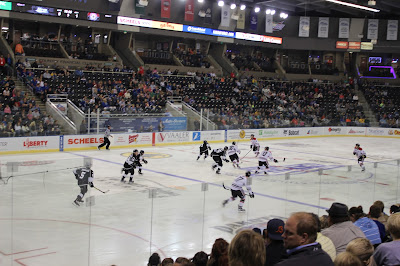 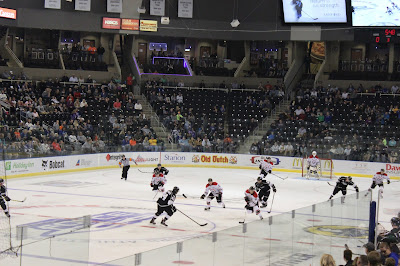 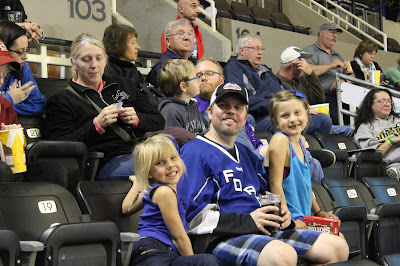 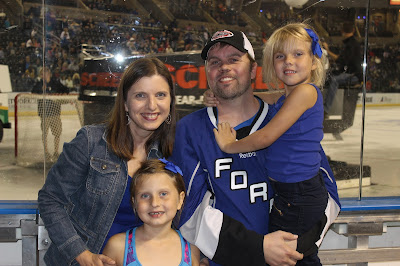 Posted by Matt Pederson at 8:23 PM No comments: