In case anyone is still reading this...

I've had quite a few items over the years that I have managed to get my hands on. Once they came in, I did my due blogging diligence in scanning them, photographing them, and uploading them to a blogger post, to be completed later. Unfortunately, due to my severe procrastination, those posts never got completed.

So, in the interest of just getting those items out there, and showing off some pretty cool items, I'm just going to rapid-fire those bad boys here. Hopefully, I'll do a better job of keeping up with those in the future, but I've said that plenty of times in the past, so who knows.

I picked up this Matt Murray puck on a sale from Pittsburgh's Total Sports Enterprises a while back, and now that I finally got around to posting it, he is no longer with the team, as he was traded this past off-season, but before then, he backstopped the Penguins to Stanley Cup victories in 2016 and 2017. 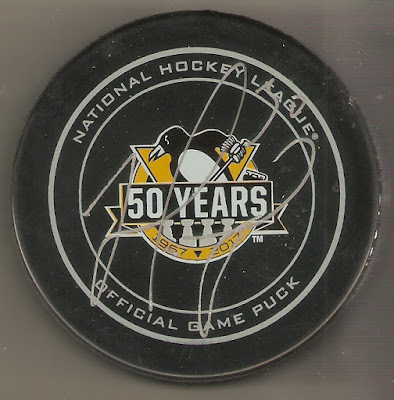 Next, is a puck, from a short-lived Penguin, Nick Bjugstad. He played for the Penguins for just two seasons, but I had to get something of his, as he's a Minnesota native, and as luck would have it, is now playing for his homestate team, after being traded to the Minnesota Wild. I picked up this Michael Pineda baseball from a FanHQ baseball draft, full of current and former Minnesota Twins players. I ended up being randomed a lower spot in the order, but it is always nice to get a ball from a guy I don't already have. Pineda has played for the Twins since the 2018 season and is signed through the end of 2021. 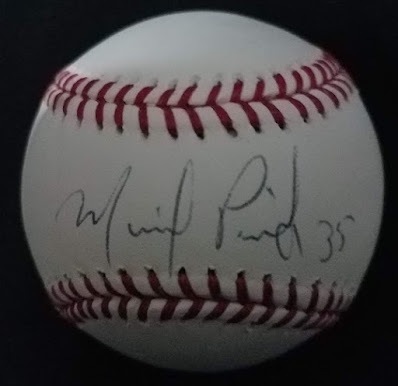 As a Cubs fan, I am supposed to hate the St. Louis Cardinals and everything associated with them, but I still decided to grab two autographed photos from a sale at St. Louis area's Collectors Corner. I got the Vince Coleman because not only is he a record-setting base stealer, but the photo looks amazing signed in blue. I also got Terry Pendleton, who was the 1991 National League MVP. Both were under 10 bucks a piece, which was too good of an offer to pass up. 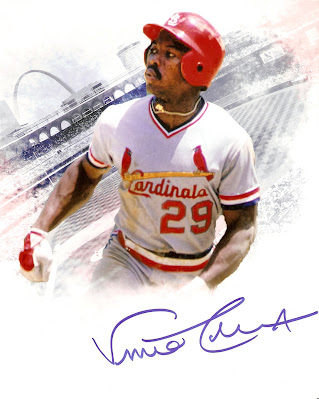 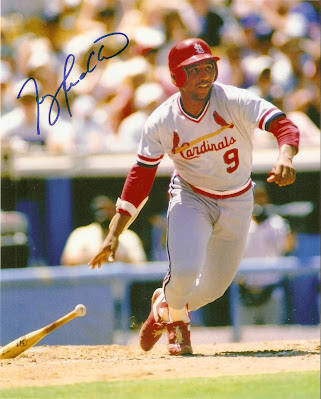 Lastly, is an autographed LeVeon Bell photo that I got out of a mystery envelope from TSE. I got this right after his rookie season, after a great year with the Pittsburgh Steelers. However, since then, he has cut ties with the Steelers, played two tears with the Jets, and is now playing in the Super Bowl with the Kansas City Chiefs. 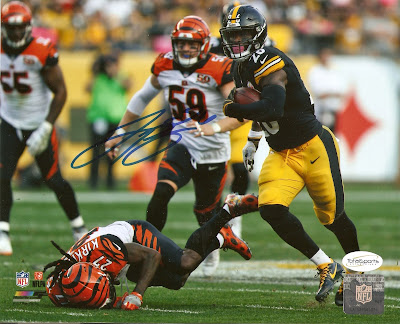 Well, I'm finally caught up with my backlog of autographs. There is one more, though, but that one deserves its own post.
Posted by Matt Pederson at 12:22 PM 2 comments: