I got just one TTM return this week, from Carolina Hurricanes goaltender Eddie Lack. 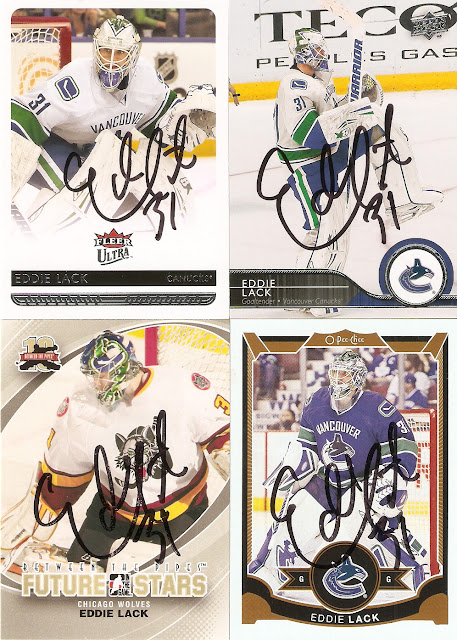 Posted by Matt Pederson at 8:53 AM No comments:

Since coming to the Minnesota Wild, goaltender Devan Dubnyk has made an appearance at a paid autograph appearance every year. This year, I was hoping to go in person, as he is definitely worth making the drive for, but unfortunately, I had to work. Luckily, AME Sports, who hosted the signing, is great with mail-ins, so I was still able to participate from a long distance. 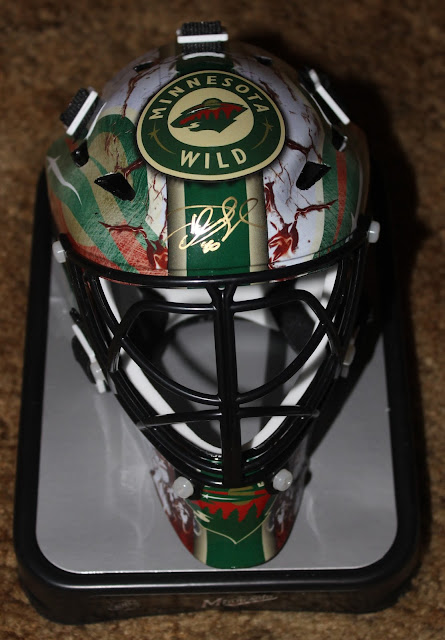 In previous years, I had ordered a puck and an 8x10 photo to be signed by Dubnyk, but this year, I went for something different: a mini goalie mask. There were a few options to consider as far as the signature goes, like color and placement. I like to display the goalie masks facing forward, so I ultimately decided to get it signed in gold, right above the cage.

I must say, this looks AMAZING! Due to the way the mask curves toward the air holes on top, there wasn't a large amount of available space, but there was certainly enough. They also had the awareness to have Dubnyk sign in a thinner marker, which really makes the details stand out, The gold ink also coordinates with some of the colors on the mask, but doesn't blend in.

I have plenty of pucks, photos, and cards signed by hockey players already, but after seeing how this one turned out, I might have to add more of these to my collection.
Posted by Matt Pederson at 9:24 AM No comments: 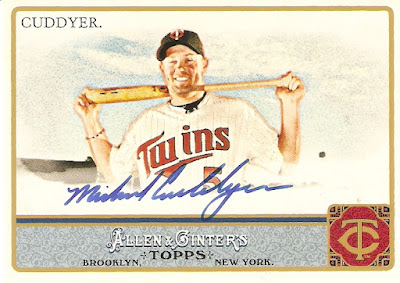 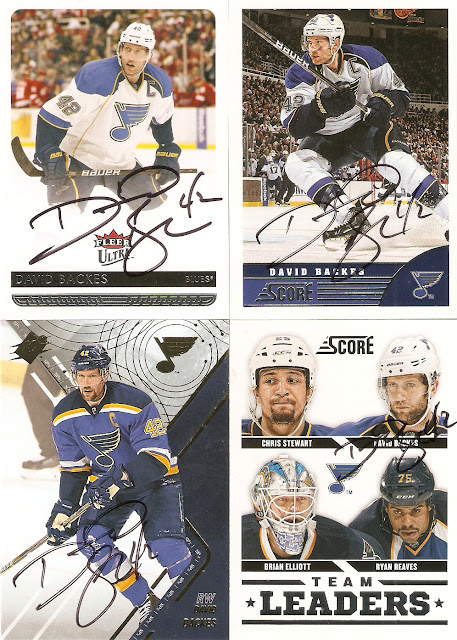 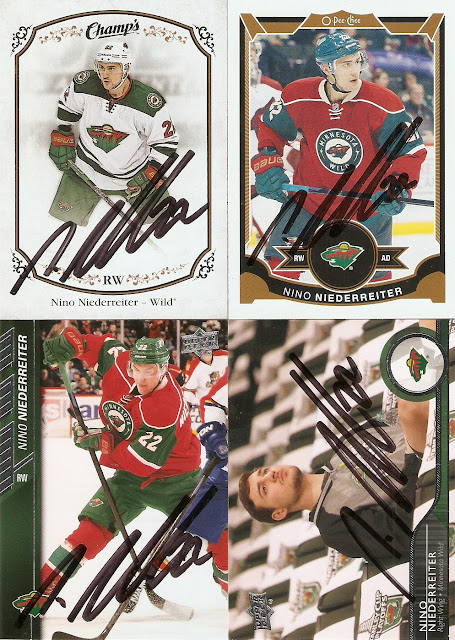 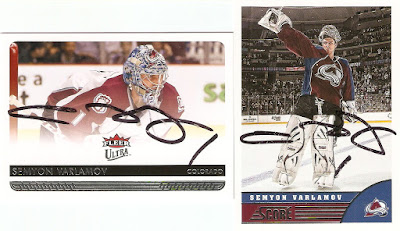 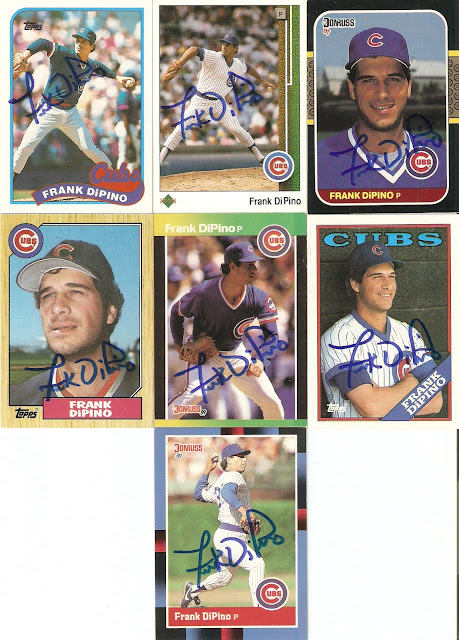 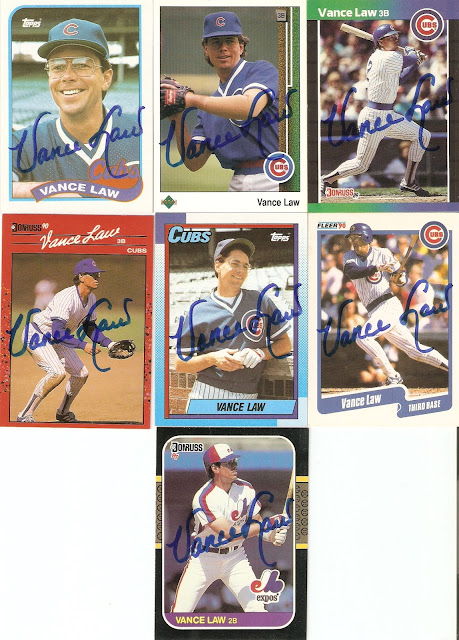 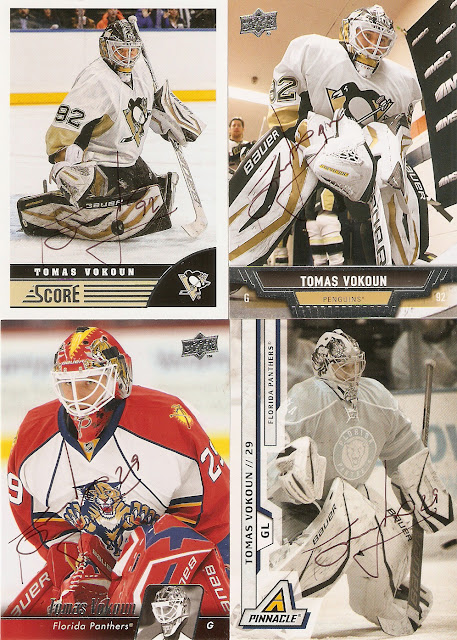 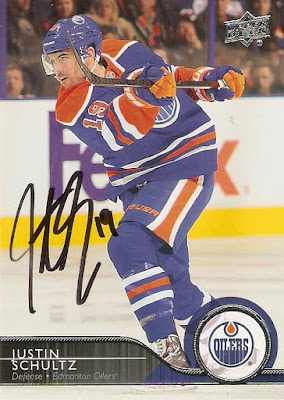 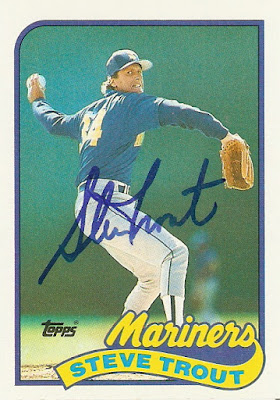 Posted by Matt Pederson at 8:37 AM No comments:

A Whole Bunch of Autographed Cards

I had a great opportunity to participate in a "Fire Sale" for some in-person autographed cards on a Facebook group that I am a part of. Basically, a fire sale is where a seller will post individual images with very low prices, in order to get rid of extra stock, and earn some Paypal.

I ended up picking up quite a few cards, some from sets I am collecting, some from teams I like, and some just because they were so cheap.

As far as sets go, I picked up quite a few cards for the 2013-14 Score and 2014-15 Ultra sets that I am currently working on. It's great to get them in this way, because some of these players are not great TTM signers. 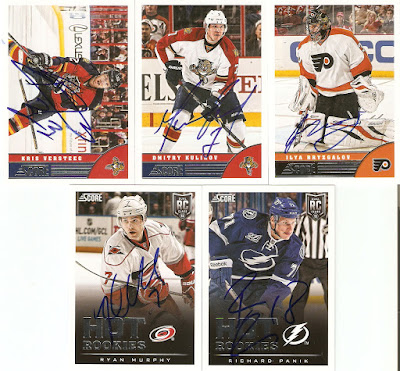 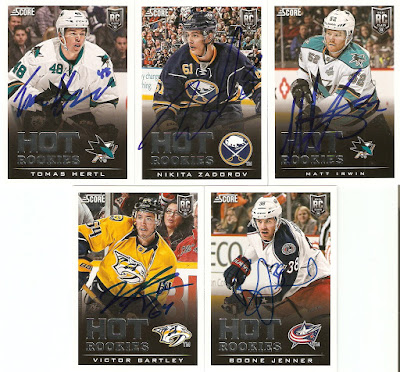 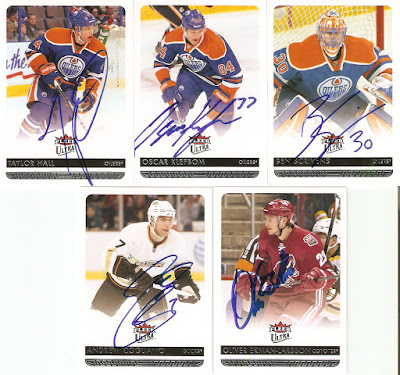 As far as Penguins go, there were only three for me to pick up. I had already gotten Paul Martin TTM, but didn't get Simon Despres or Beau Bennett while they were with the team. The three stars are all newer players, but still wanted to add them to my collection. 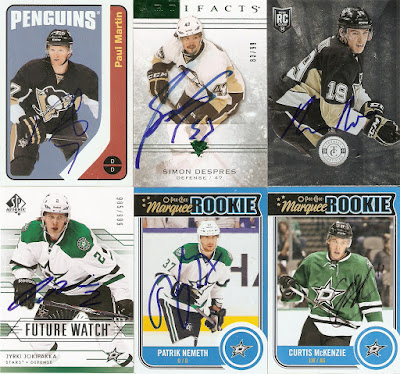 There were six cards from the Minnesota Wild. Matt Hackett was the only first-timer for me, as I have previously gotten the four other players either TTM or through public signings in the Minneapolis area. 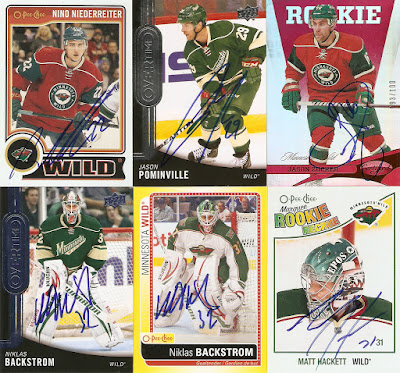 He had tons of Arizona Coyotes, and I picked up what I could. The team doesn't hand over mail to them, so they are impossible TTM, but are a great in-person team. The past two years that I have gone down to the Phoenix area to visit family, I have gotten quite a few autographs from them in person after games. 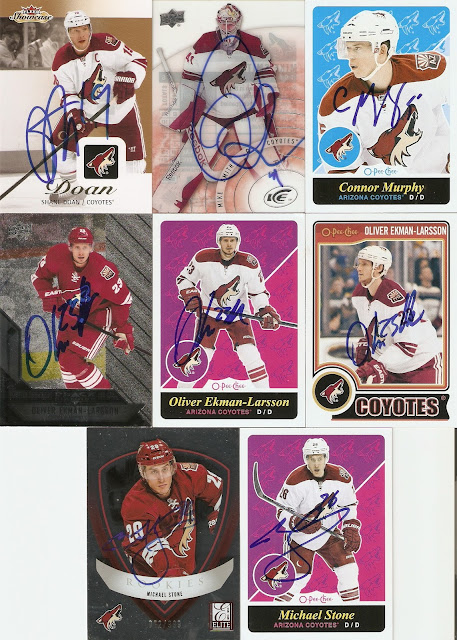 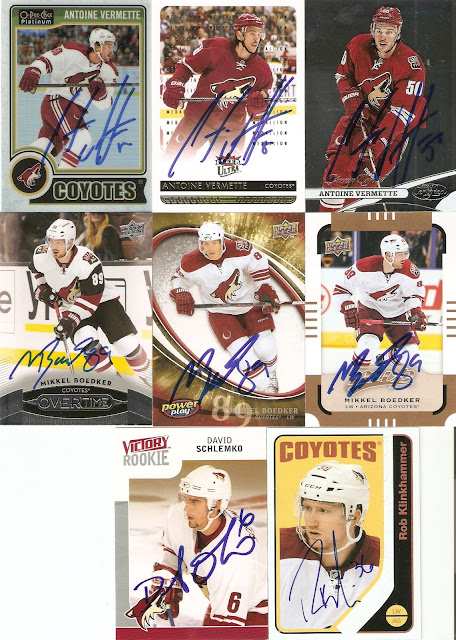 These cards come from the 2014-15 O-Pee-Chee Retro set. I'm not trying to complete this set by any means, but I think they look great signed, so I like to pick up what I can. 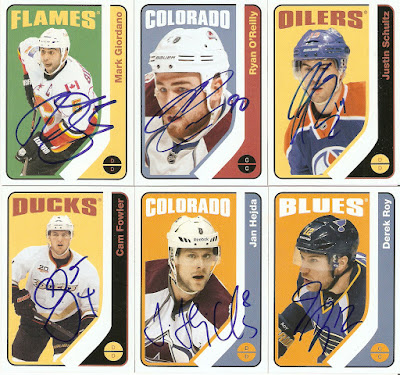 Likewise, I also like how all of these look signed, as well, especially the Rookie Profiles cards from 2013-14 Overtime. That large amount of open space is just perfect for an autograph. 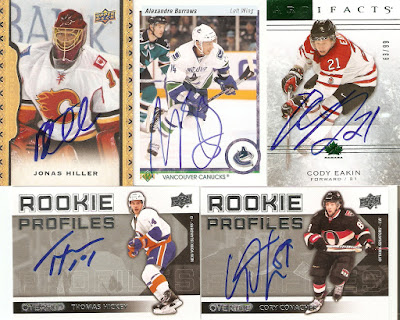 Lastly, are a few cards I picked up, just because the prices were so low. At anywhere from $.50-$1 each, it's tough to turn down that kind of a deal. 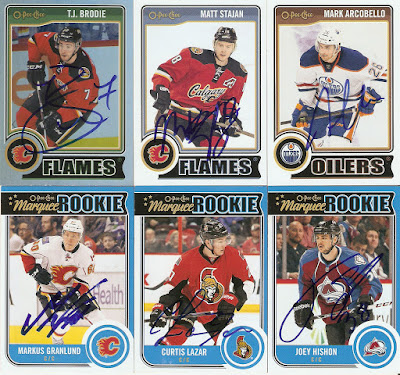 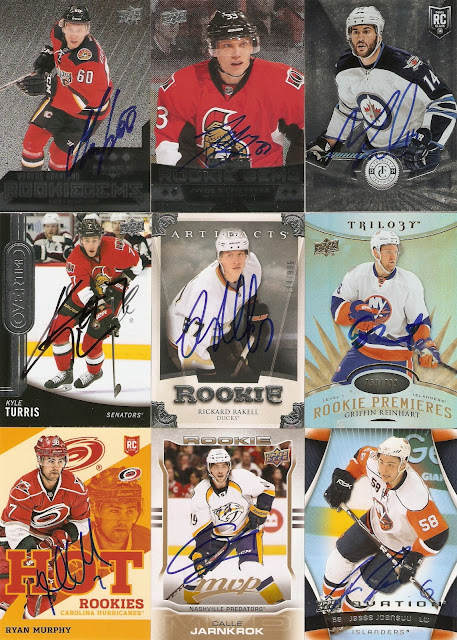 Apart from the Score an Ultra set needs, all of these are available for trade, so if you need anything, son't hesitate to let me know!
Posted by Matt Pederson at 11:54 AM No comments:

Just one TTM return for this week, from former Major Leaguer Jim Eppard: 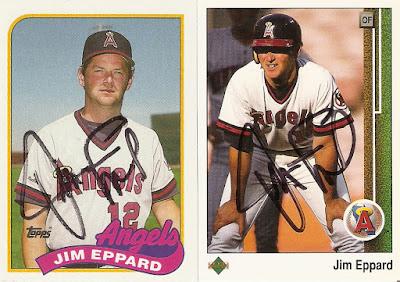 Posted by Matt Pederson at 7:47 PM No comments:

After traveling to Texas for a week and a half over Christmas, I expected to be flooded with TTM returns upon coming back home. Well, there was just one, but a pretty good one, from 2013 No. 2 overall draft pick and Florida Panthers star, Aleksander Barkov. 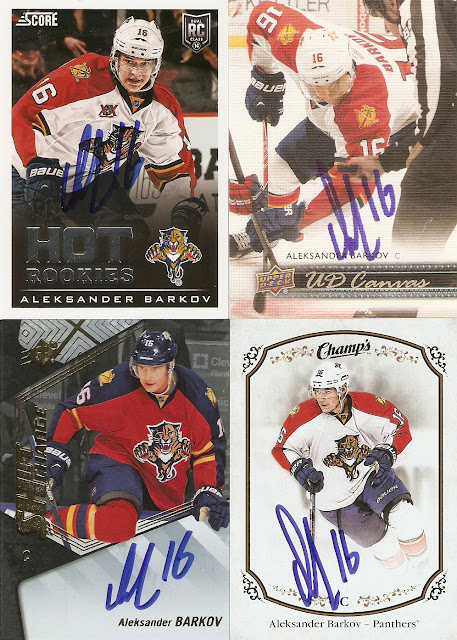