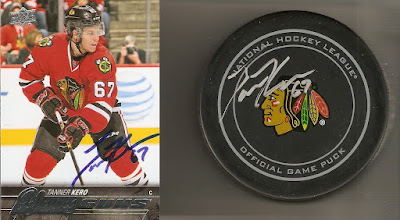 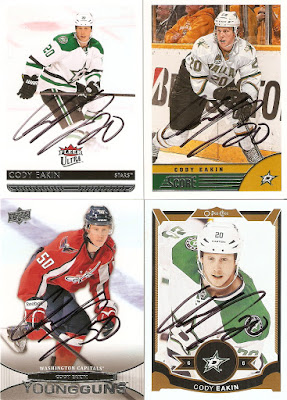 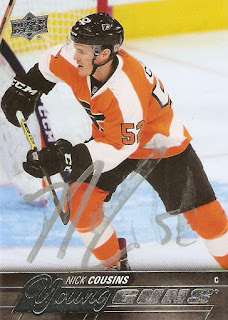 Posted by Matt Pederson at 7:31 PM No comments: 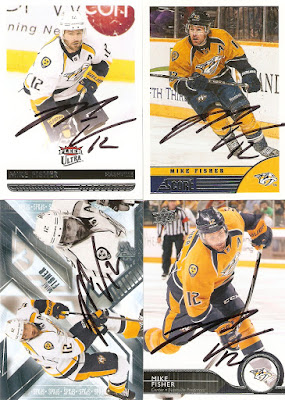 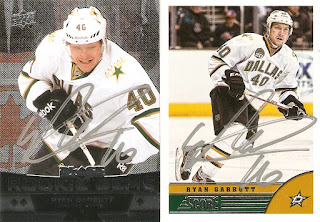 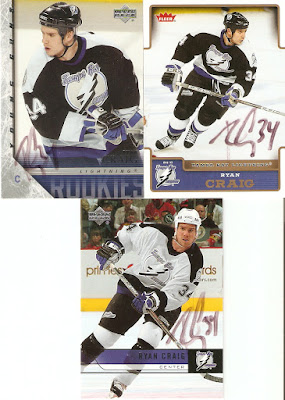 Posted by Matt Pederson at 10:05 PM No comments: 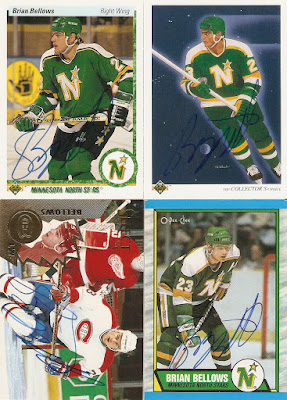 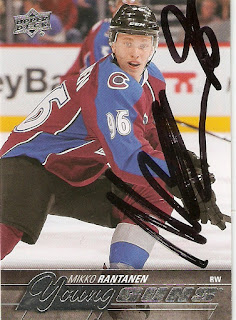 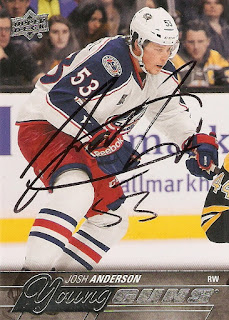 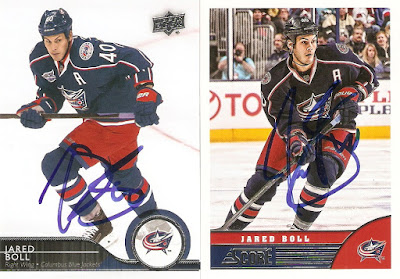 Posted by Matt Pederson at 9:55 AM No comments:

I got really lucky at the Modano/Ciccarelli signing, when I stopped into the FanHQ store, and was able to take advantage of an opportunity that I thought I had lost. Goaltender Niklas Backstrom was doing a private signing just weeks before, and being a little unsure of the funds I would have available due to the other signing, I hesitated and let the opportunity pass. As luck would have it, they had a few Backstrom items left over, including just one Official Game Puck signed by him. 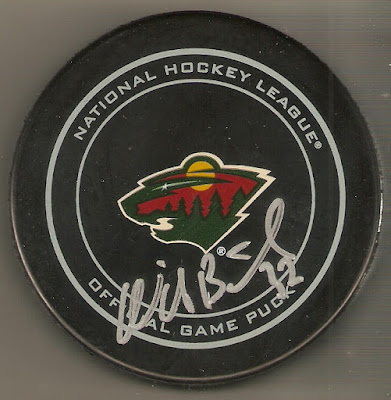 I much prefer these to the other "autograph-style" ones that other people like, so the timing worked out perfectly. Not only that, but I only ended up spending $30 on it, which is a whole $20 cheaper than it would have been, had i ordered the puck/auto/coa/shipping at its original time.
Posted by Matt Pederson at 1:07 PM No comments:

While at the Ridgedale Mall in Minnetonka, MN for the Mike Modano & Dino Ciccarelli signing, I stopped into the FanHQ store for a bit and picked up a few autographed 8x10s.

One of the things that they have, that I purchased a couple of last December at the Zach Parise/Jason Pominville signing, was two "Mystery Signed Photos," which featured an 8x10, autographed by a Minnesota athlete. I picked up two of them this time as well, and just like last time, I pulled a hockey player and a football player.

James Sheppard
Sheppard played for the Minnestoa Wild for three seasons, beginning in 2007-08, and also spent time with the San Jose Sharks and New York Rangers. He is now playing for the Kloten Flyers of the Swiss A League. 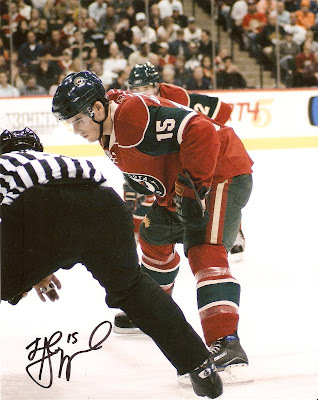 Robert Griffith
Griffith was a strong safety who played eight season with the Minnesota Vikings (1994-2001) and was selected to the Pro Bowl in 2001. He would also play a few seasons with the Cleveland Browns and Arizona Cardinals, before signing a contract with the Vikings to retire as a member of the team. 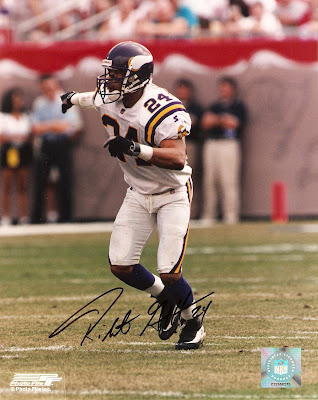 Those were my two mystery photos, but here's my non-mystery one:

Dave Langevin
Langevin's autograph was there because he did a signing a while back as a former member of the Minnesota North Stars. He played in Minnesota for only two seasons (1985-86 & 1986-87), but reached hockey's pinnacle as a member of the New York Islanders, where he was on four Stanley Cup winning teams (1980-83). 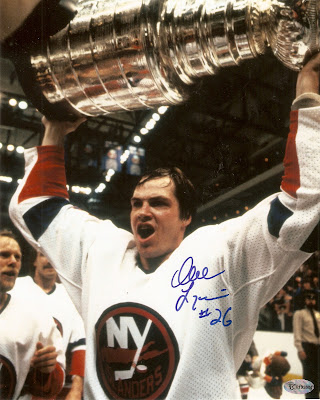 Posted by Matt Pederson at 4:25 PM No comments: