Here's a quick look aty my TTM returns for the week ending September 30, 2017: 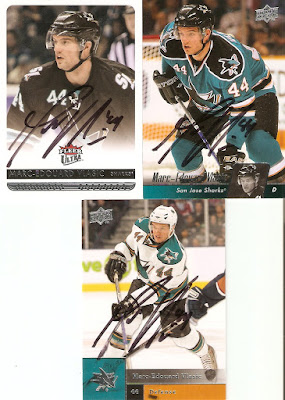 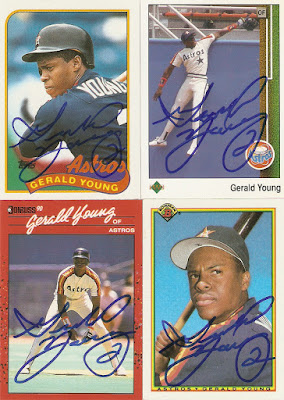 Here's a quick look at my TTM returns for the week ending September 23, 2017: 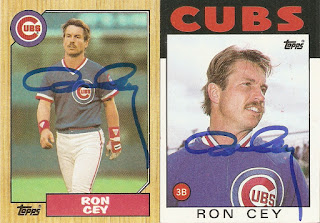 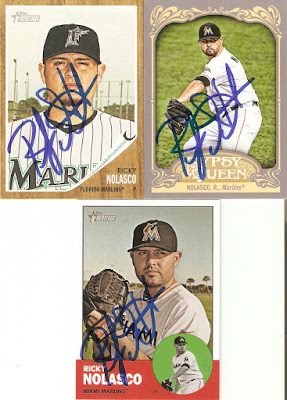 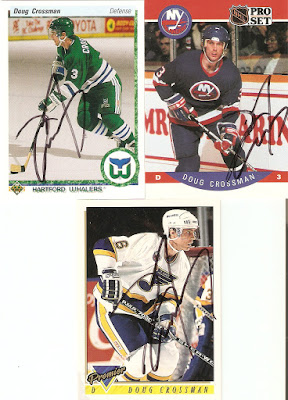 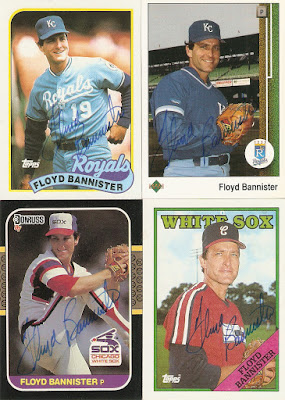 Well, I haven't posted too many TTM successes the past few weeks, mostly because I haven't gotten many at all, which may have to do with the fact that I haven't sent out hardly any at all. Either way, here's what I've gotten in the mail during the time since my last TTM post: 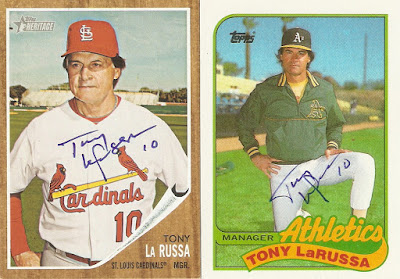 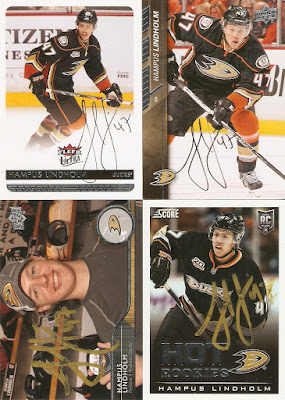 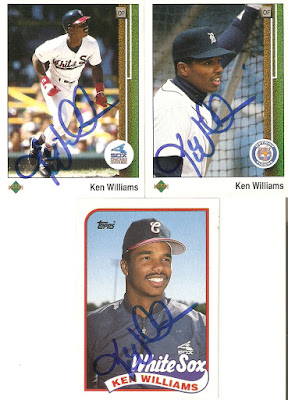 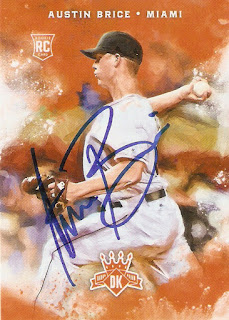 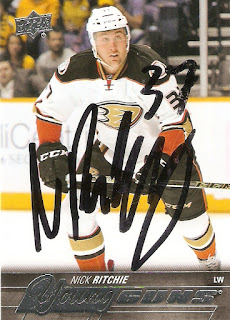 Posted by Matt Pederson at 10:18 AM No comments:

Right alongside my Mike Lange puck is a brand new addition that I am super excited about, an autographed puck of Penguins superstar Phil Kessel from a private signing at Total Sports Enterprises. 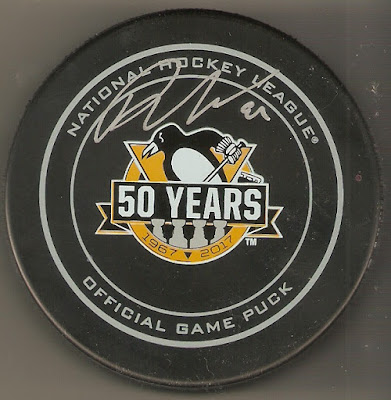 The item was actually purchased back in May. TSE had announced that Kessel had agreed to a signing, but it all depended on the Penguins' playoff run, as to when the event would take place. Well, the Penguins went the distance, and it ended up being August before the signing happened, but I now finally have this great puck to add to my expanding Penguins puck collection.

I should probably write more about Kessel, but this video says it all: 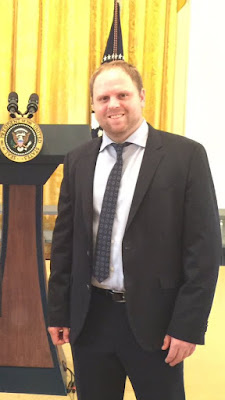