A couple weeks ago, I had the opportunity to get a couple autographs of one of my all-time favorite professional wrestlers, when Past Pros and Power Trip Media hosted a signing with ECW legend Raven.

Now, I never watched ECW in its heyday, since it never aired anywhere near the Huston area, so my introduction to Raven was in WCW, when he formed The Flock with a bunch of WCW rejects. For me, I always loved his promo work. While most guys of that era where just spouting off catch phrases, Raven was way more poetic with his messages to his opponents. While his overall look would evolve over time, when I first saw him, it was the denim, flannel and leather of the '90s grunge movement, which also really appealed to me at the time. He eventually made it to the WWE, but never quite became the big name he was in the other two groups. I had him sign three cards, two WWE ones that I already had, and one WCW one that I purchased from the signing, as that was my favorite era of the Raven character. 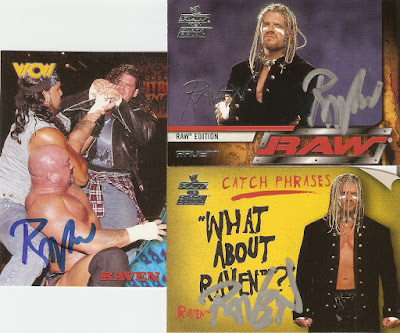 Also signing with Raven that day was former ECW wrestler Justin Credible. Like Raven, he made it to the WWE, but his greatest accomplishments came while he was in ECW, where he was a World Heavyweight Champion and a two-time World Tag Team Champion. I had two cards of his that I sent in, but one got severely smudged. PastPros offered me a refund for that one, but the fee was only $2 a piece, which didn't really bother me enough to make a fuss over. 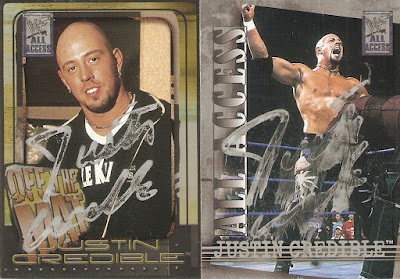 Being as big of a pro wrestling fan as I am, I am always surprised at how few wrestling autographs I have in my collection. Luckily, with companies like PastPros hosting so many signings, I have a great chance of adding to what I already have.
Posted by Matt Pederson at 9:01 PM No comments: 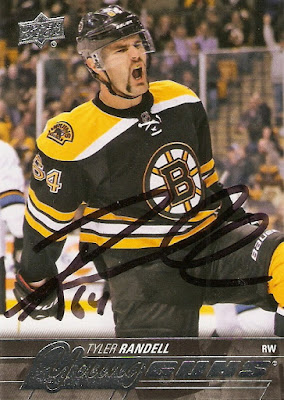 Posted by Matt Pederson at 2:34 PM No comments: 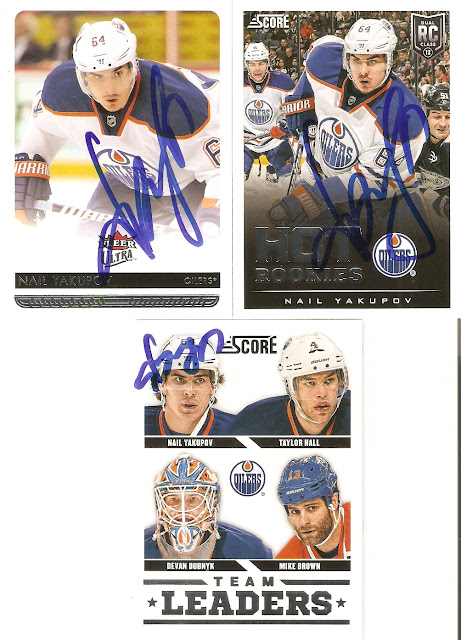 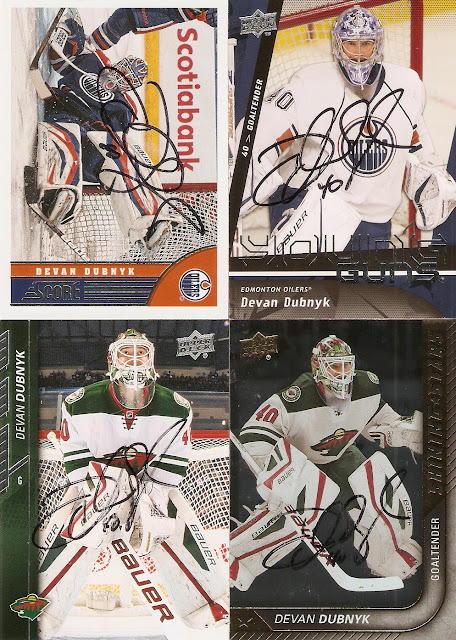 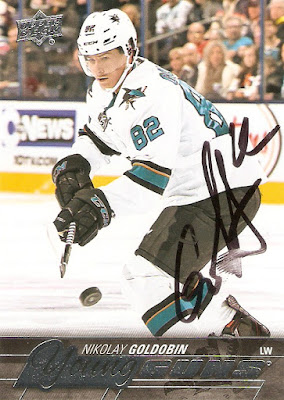 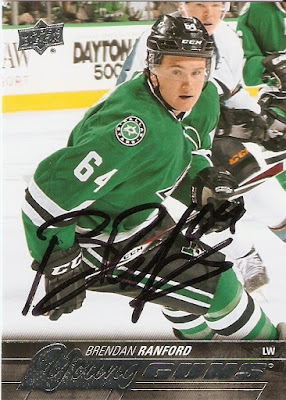 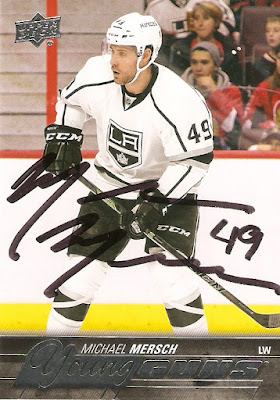 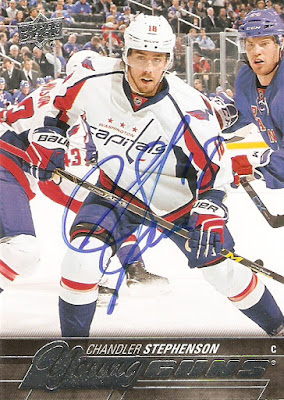 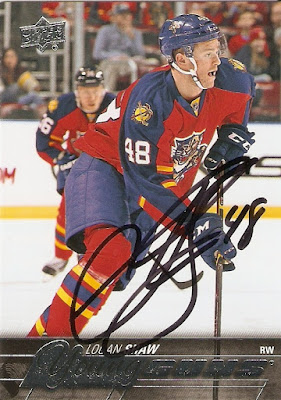 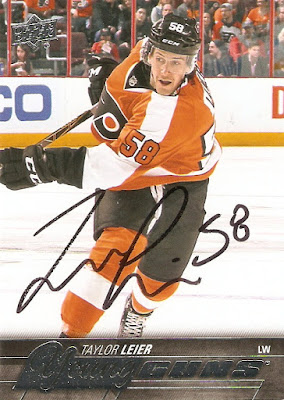 Posted by Matt Pederson at 9:01 AM No comments: 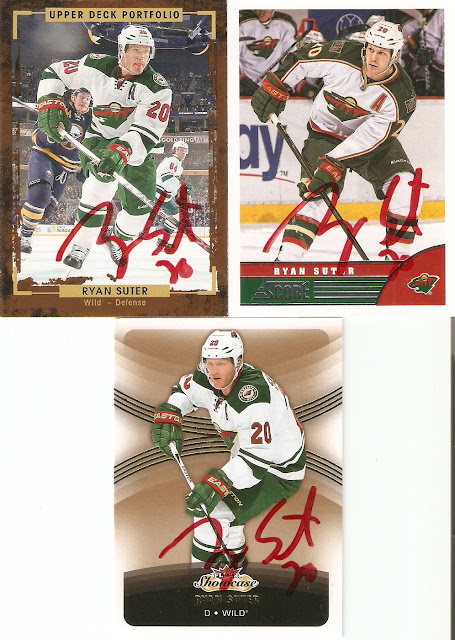 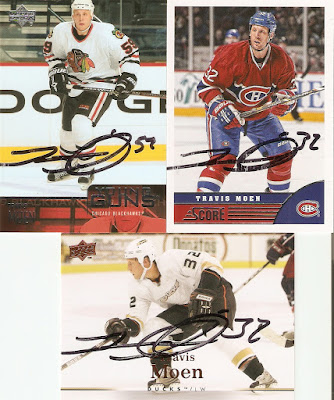 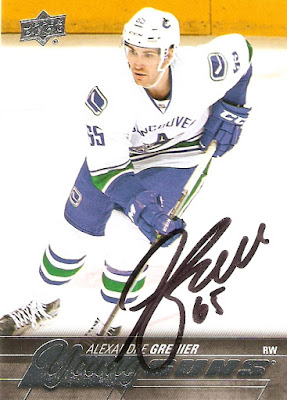 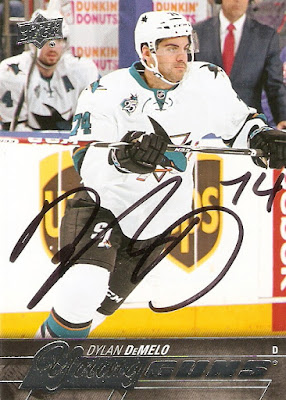 Posted by Matt Pederson at 10:20 PM No comments:

Here's a quick look at my TTM returns for the week ending November 5, 2016: 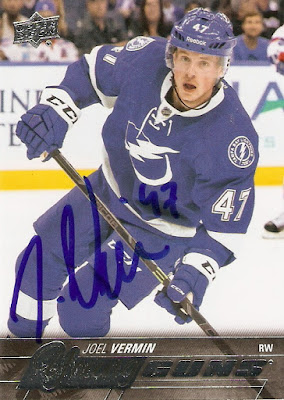 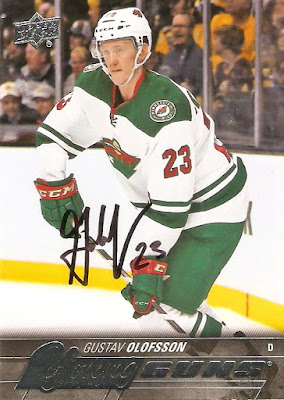 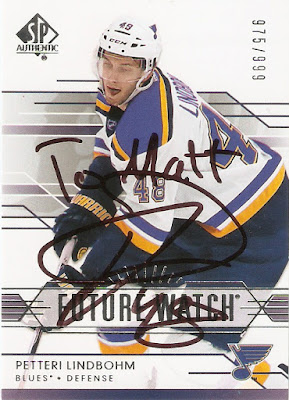 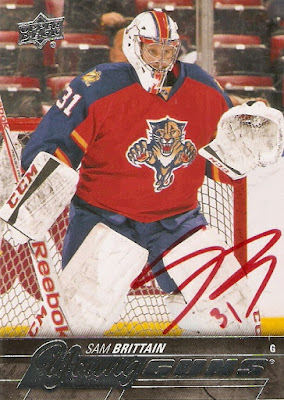 Posted by Matt Pederson at 8:55 AM No comments:

Even though my Pittsburgh Penguins beat them in the Eastern Conference Finals last year, I still jumped at the chance to get my hands on an autographed puck of Tampa Bay Lightning goaltender Ben Bishop when he did a signing with St. Louis Sports Collectors a couple of months ago. 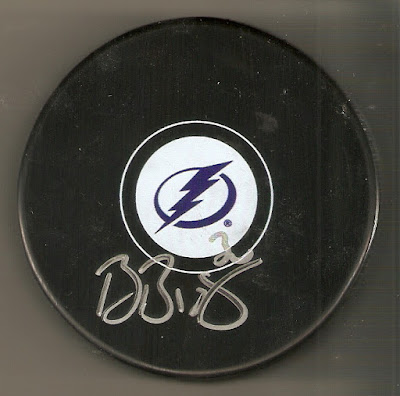 I usually like to get the Official Game Pucks signed, but the only ones they had for purchase through the mail order were the "autograph pucks." When you consider the cost of purchasing one of my own, plus shipping both ways, it's much easier to go with the one they provide at an additional cost of just $4. Plus, it still looks great, and the signature came out pretty well. Admittedly, St. Louis Sports Collectors has earned a reputation of being very slow when it comes to returning mail orders, but their prices are some of the best out there, and I'm happy to add this to my collection.
Posted by Matt Pederson at 7:31 AM No comments: